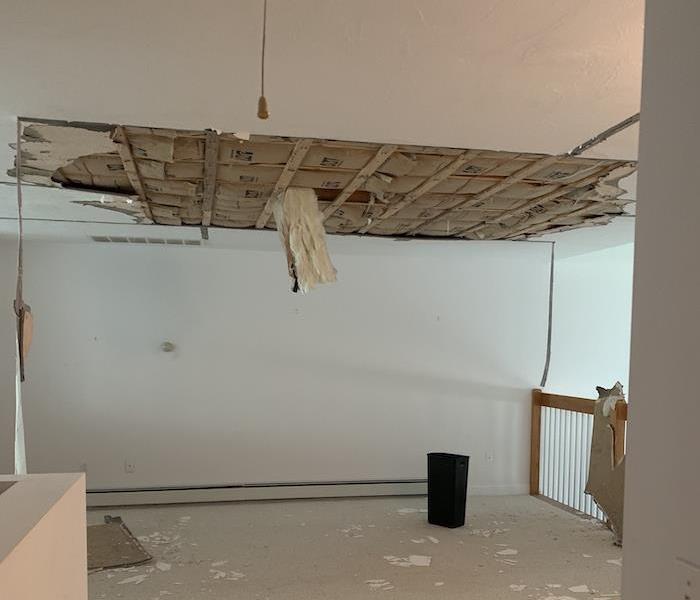 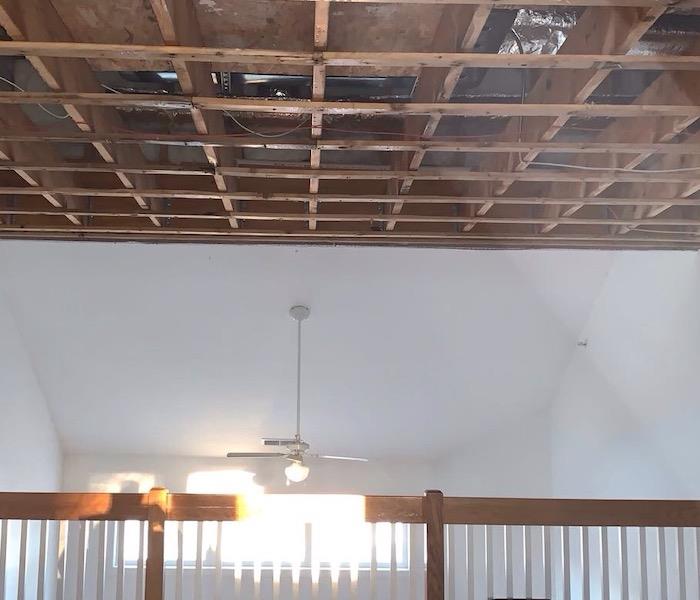 Water damage to this ceiling in Mansfield left sagging sheetrock and trapped moisture within. SERVPRO technicians opened up the ceiling and removed the saturated sheetrock to allow greater airflow within the water loss area. In cases like this, when the problem points to an issue in the roof, the technicians commonly tarp over areas to keep them from allowing any further moisture into the home. As seen in the After Photo, the ruined sheetrock removal takes the ceiling down to the framework where the air movers and dehumidification equipment can dry the boards and the techs can clean with antimicrobials to ensure there is a clean slate to rebuild upon.

View More Before & After Photos