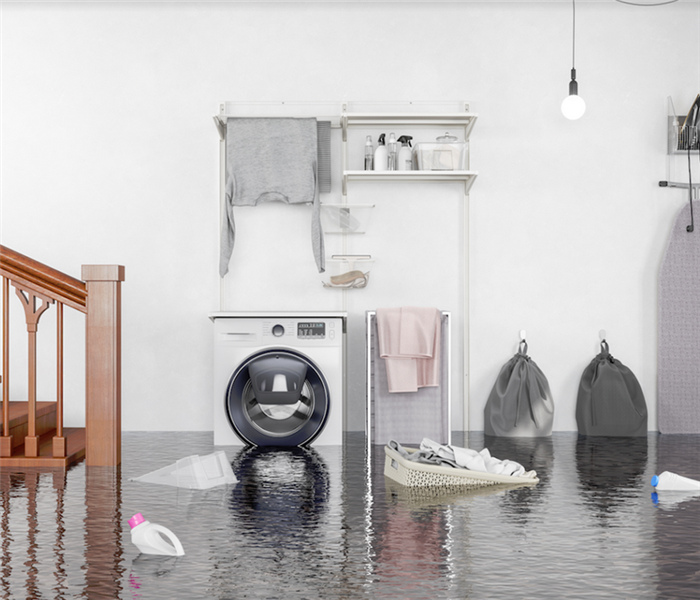 Flooding is often unexpected but can severely damage your home. Contact our certified SERVPRO technicians for effective services right away.

Bristol County in the state of Massachusetts is where you will find the city of Taunton. This city is ripe with New England heritage and just 40 miles to the south of Boston. It is also just east of Providence, Rhode Island, and 25 miles to the west of Plymouth, Massachusetts – which happens to be where the pilgrims docked when coming to this land. Taunton is found on the Taunton River, which works its way through the city. At the time that the 2010 United States Census was taken, the city included a population of 55,874 people.

Learning More About the Finer Details of Taunton, Massachusetts

In 1637, Taunton was founded by Plymouth Colony members and remained one of the oldest towns in the entire United States. The region was known as Cohannet, Tetiquet, and Titicut by the local Native Americans prior to European arrival.

Silver City is one name given to Taunton, MA, due to it being a historical centerpiece for the silver industry that began in the 19th century. Several companies like F.B. Rogers, Reed & Barton, and Poole Silver put out silver goods of the finest quality throughout the city. Taunton has been providing a sizable light display every December since 1914, which is why it has gathered another name of the “Christmas City.”

Taunton’s original boundaries included some of the lands that are now taken up by surrounding towns. These towns include Mansfield, Raynham, Dighton, Easton, Norton, Lakeville, and Berkley.

Taunton is a town that became incorporated in an official capacity back in September 1639. Initially founded by settlers, many in the region were from Taunton in the city of Somerset, England. These English founders purchased this land in 1637 by the Nemasket Indians as part of the famous Tetiquet Purchase. The remaining native families here were then relocated to the town of Ponkapoag, which is now known as current-day Canton, Massachusetts.

Elizabeth Poole was a central figure among the founders and said to be the first female to found an American settlement. The original Plymouth Colony was divided formally into two separate counties in 1685. Here, Taunton became a shire town for Bristol County. The Taunton area itself has been known as the site for battles and skirmishes throughout various conflicts, including that of the American Revolution and King Philip’s War. In May 1864, Taunton was then re-incorporated as a city.

During the 19th century, the city of Taunton was known for being part of the iron-making industry. Many goods were produced at this time, including tacks, machinery, and stoves. Mason Machine Works was one of the more successful companies throughout this period, which saw steam locomotive production and machinery production for the ever-growing textile industry.

Living, Raising a Family and Spending Time in Taunton, Massachusetts

There is a lot to love about New England's splendor, including four incredible seasons and a strong sense of community within each of the states. When it comes to Taunton, Massachusetts, you will see that residents have the chance to enjoy a dense suburban setting. Most residents own their homes, and there are plenty of lovely parks, coffee shops, and small businesses throughout. Additionally, public schooling is above-average, making it a stellar place to put down roots and raise a family.

There are many notable things to understand about this region, including:

If not addressed quickly, flooding at your Taunton home will lead to costly, extensive repairs. Rather than the clean water that comes from a broken pipe in your home or a faulty appliance, flooding brings with it contaminated water. Instead of tackling this with DIY methods, you need skilled IICRC-certified technicians like we have on-staff here at SERVPRO. We understand best practices for dealing with significant contamination to keep bacteria from spreading to unaffected areas of your home.

When you call us for help with flood damage in Taunton after a storm, we have a series of actions that we follow:

When you need flood damage assistance after a significant storm, you can trust our crew at SERVPRO of Taunton/Mansfield to get the job done right the first time. We are available 24/7 by calling (508) 824-0200 for emergency restoration services. We are Faster to Any Size Disaster!